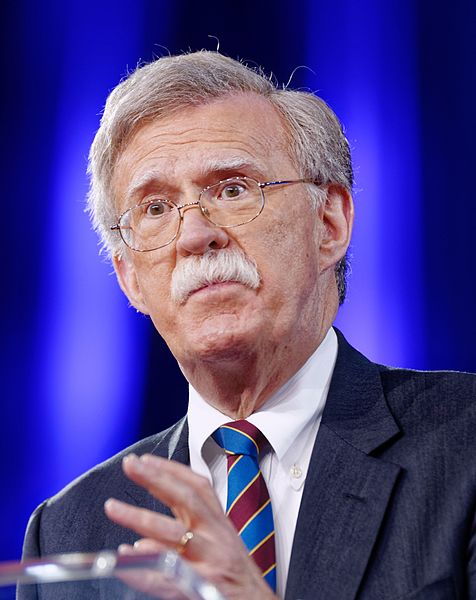 I have been a fan of John Bolton for a very long time.  He has always shown guts, spirit and commitment to conservative ideals… and will not back down!

As an American nationalist who believes we should only enter into treaties and agreements when they are to our advantage and who is 100% opposed to the United States relinquishing any of its freedom of action for the sake of joining international organizations, I think the combination of Bolton and Pompeo is going to end up being the worst nightmare of Iran, Russia, Syria, and the Palestinian Authority.

Bolton is more than an ideologue, thought I think we have too damned few of them in senior positions, he understands the interagency process and he’s more than willing to fight to win. With Bolton at NSC I’m more comfortable with the North Korea meeting than I was with McMaster because I know Bolton will prep Trump for the probability that he will need to walk away. Bolton will kill the Iran nuclear deal. Dead. Iran is going to find an implacable foe to its imperialism.

The environment at the NSC is going to change. Bolton is a well know screamer who isn’t going to shy away from letting people know he’s not happy. So get ready for some early turmoil there as a lot of McMaster hires are forced out.