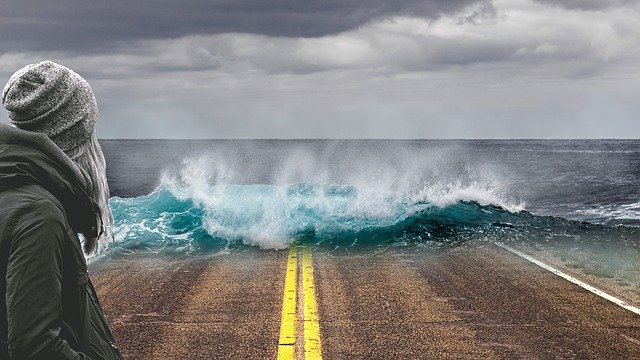 A secret report, suppressed by US defense chiefs and obtained by The Observer in 2004…..warns that major European cities will be sunk beneath rising seas as Britain is plunged into a ‘Siberian’ climate by 2020. Nuclear conflict, mega-droughts, famine and widespread rioting will erupt across the world. . . .

Climate change ‘should be elevated beyond a scientific debate to a US national security concern’, say the authors, Peter Schwartz, CIA consultant and former head of planning at Royal Dutch/Shell Group, and Doug Randall of the California-based Global Business Network.

Already, according to Randall and Schwartz, the planet is carrying a higher population than it can sustain. By 2020 ‘catastrophic’ shortages of water and energy supply will become increasingly harder to overcome, plunging the planet into war. . . .

Randall told The Observer that the potential ramifications of rapid climate change would create global chaos. ‘This is depressing stuff,’ he said. ‘It is a national security threat that is unique because there is no enemy to point your guns at and we have no control over the threat.’

Randall added that it was already possibly too late to prevent a disaster happening. ‘We don’t know exactly where we are in the process. It could start tomorrow and we would not know for another five years,’ he said.

But guess what… it’s 2020 and absolutely none of that horse shit has happened.  I’ll wait for Greta Thunberg’s reply!!!!