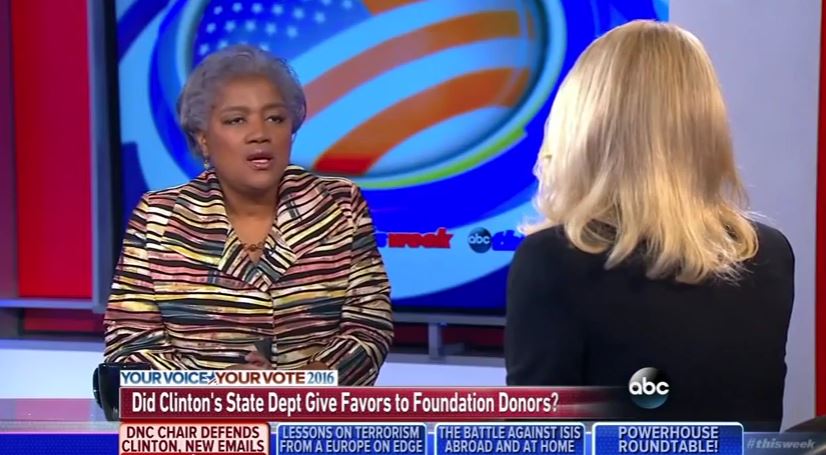 I give Donna Brazile just a few points for finally fessing up (after lying and denying) that she stole and supplied CNN debate questions to Hillary Clinton, helping the establishment candidate triumph over insurgent Bernie Sanders.

But I have to deduct even more points because she did so in a context of blaming the Russians and partially exonerating herself.

The expression “non-denial denial” has a cognate in her non-apology apology.

Now, I watch her smug demeanor and haughty poses on Fox News as a ‘featured contributor”!

Well, contributing to the elimination of actual historical facts that show the Democrat party to be one of subversive socialism… well schooled in the evil art of propaganda and deceit!

Josef Goebbels would be proud of her mastery of massaging history to back up her Democrat agenda!

Yeah, I know Brazile is at Fox News.. at the behest of the “wives Murdoch”.. who actually run Fox News… but all the effort on her part to “unite all Americans” is total crap!

Face it: Brazile is a liar and cheater who evades responsibility for her own admitted misdeeds.

Anyone who employs her knows this and is responsible for her future misdeeds on their air or in their party.