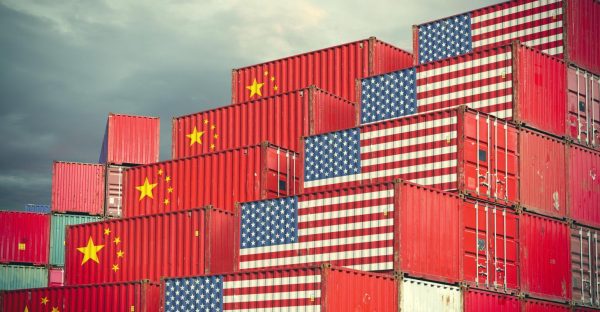 As we draw closer to the primaries, more and more talk from the left will be focused on the “failure of Trump’s tariffs”.

Of course, nothing could be further from the reality of the true business world in international trading!

There’s no doubt that America’s manufacturers are currently rebounding, and the net job gain for the last 102 months proves it!

The tariffs that President Trump imposed a year ago on steel, aluminum, solar panels, and washing machines have already created more than 11,000 new jobs.

Even U.S. car companies are doing well at home.
Ford’s North American operations posted a $2 billion profit in the fourth quarter, while GM’s North American net income topped $3 billion.
Major steel consumers like Caterpillar and United Technologies have also reported strong results for 2018.
Now, these are companies that offer tremendous benefits to their employees as well as top wages!

Despite this, critics of the tariffs still abound, particularly among large retailers claiming the tariffs will necessarily lead to price increases.

But that’s not what’s happening.

And the price of aluminum-canned beer is also rising at less than the rate of inflation.

America’s consumers simply aren’t seeing any major price increases from the tariffs, and core inflation has remained low at 2.2 percent.

But industrial users of steel and aluminum haven’t seen price jumps either.

The net result of the tariffs is that the U.S. economy is better off. Consumers pay the same for many imported goods, U.S. producers enjoy more competitive margins, and the U.S. Treasury gains extra income from tariff revenues.

So, do some reading, and get ready to be braced by liberal show-offs that proudly proclaim their degree in economics!  You know, like Austan Goolsbee or Alexandria Ocasio-Cortez!!