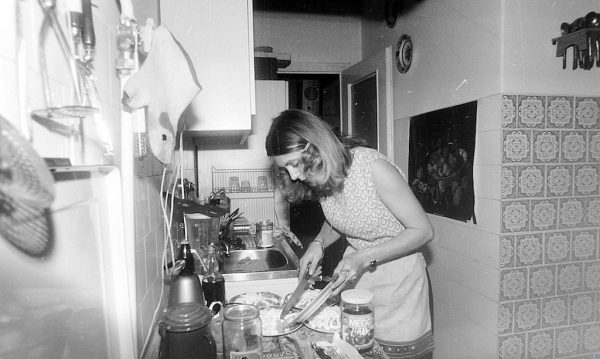 Perhaps the most common indictment of America’s legendary prosperity is wage stagnation.

But do these numbers remotely describe the life you have lived over the past 45 years or square in any way with numerous official measures of changes in what Americans actually own and consume?

Democrat pundits and strategists rail openly at the contrive myth because they have nothing else substantial to throw shade on “Trump’s Economy”!

So let’s begin by looking at a middle-class home.

That’s where the pundits and strategists claim that “Trumps Economy” hurts these middle-class denizens the worst.

Compared with 1972, American homes today are much more spacious and modern.

The proportion of homes today that have two or more rooms per person is up 33.5%.

Most homes in 1972 had televisions, but only about half were color sets.

Today they are all color and most are flat screens in high definition, attached to cable or satellites.

Kitchens today are stocked with a far wider array of foods, including out-of-season fruits brought from half a world away and a vast variety of prepared foods.

Compared with 1972, this abundance costs an ever smaller portion of families’ budgets, freeing up some $3,200 on average to spend on other things.

Cars last 81.3% longer and are 72.7% safer, and many have GPS navigation and premium sound systems.

The share of the population with college degrees is almost three times as high.

Americans live 7.4 years longer and their median age is almost 10 years older, yet the proportion of people reporting poor health is 20.3% lower.

By virtually any definition of economic well-being, Americans are substantially better off today than they were a half-century ago.