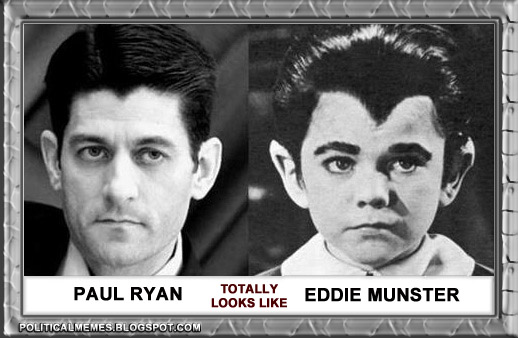 “Reputation is the shadow.

Character is the tree.” –Abraham Lincoln

The real character of Speaker of the House Paul Ryan, came to the fore this past week!

His tenure as Speaker rivals the role that Brutus and Cassius played in the assassination of Julius Caesar!

Ryan, is , was, and always has been a shill for the elitists that all RINO’S endeavor to achieve.

But Ryan, although he has sold his soul to the powerful lobby groups, will never be an elitist… a blue blood… nothing but the cheap, loathsome shill easily purchased by the power brokers that seek to impeach and unseat… our duly elected President.

Paul Ryan has cultivated an image of himself as a politician of principle, compassion and a firm believer in America’s exceptionalism.

He wants the Republican Party to be viewed as implacably conservative with a firm commitment to an exchange of ideas, free market orthodoxy and limited government.

His “aw shucks” goofy Eddie Munster  looks, quiet demeanor and careful cadence in the utterance of his words projects confidence to people around him.

Ryan appears to pride himself on being viewed as a politician of substance and seriousness in addressing the complexities of American society through governance.

However, his tenure as Speaker of the House should permanently tarnish his image and completely shatter the myth of his intellectual and moral gravitas….nothing but a cheap shill that has literally demoralized the spirit of the Republican House.

So, go forth into your future Eddie… but don’t ever think that your past will not follow you.