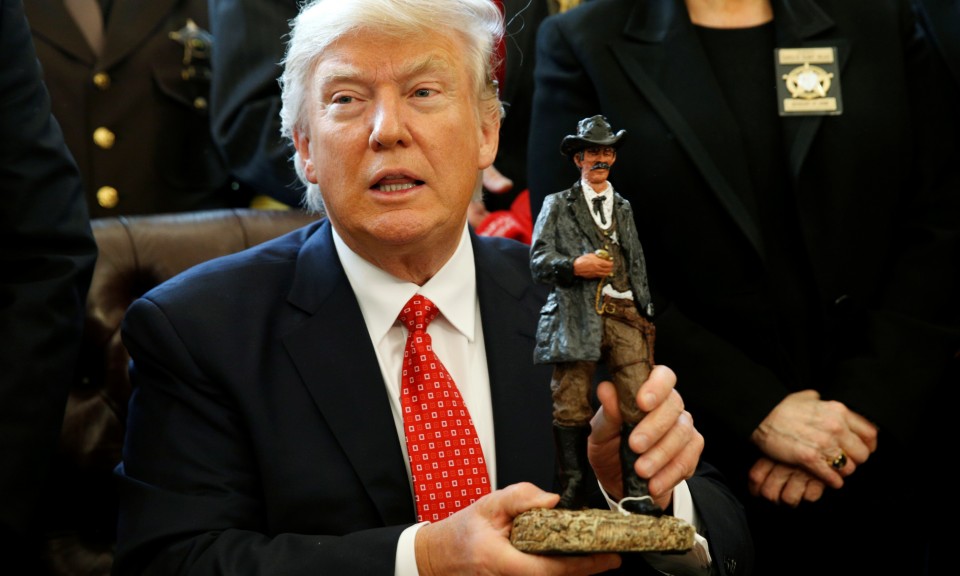 China recently experienced that the notion being expressed here… is the opposite of the tactics employed by the failed Obama administration.

The Obama administration failed to begin to be stern and tough at the beginning of their foolish tenure, and grew easy to steal from, to lie to, and all the time,

China built up a force for war in the South China Sea.  The list goes on and on and on….  sadly, America paid the price.

But, thanks to the “new sheriff in town” China watchers welcomed President Xi Jinping’s pledge Tuesday to open his country’s market wider to foreign competition, hoping it will ease a trade dispute with Washington that has unsettled financial markets and could jeopardize a global economic expansion.

Stock markets rallied worldwide on optimism for relief from what has become the most high-stakes trade confrontation since World War II.

The Dow Jones industrial average was up more than 400 points in early afternoon trading.

President Donald J. Trump is not a person that can be trifled with… he does not walk softly, but he carries the biggest stick in the world.  Good job, Sir!  Carry on!